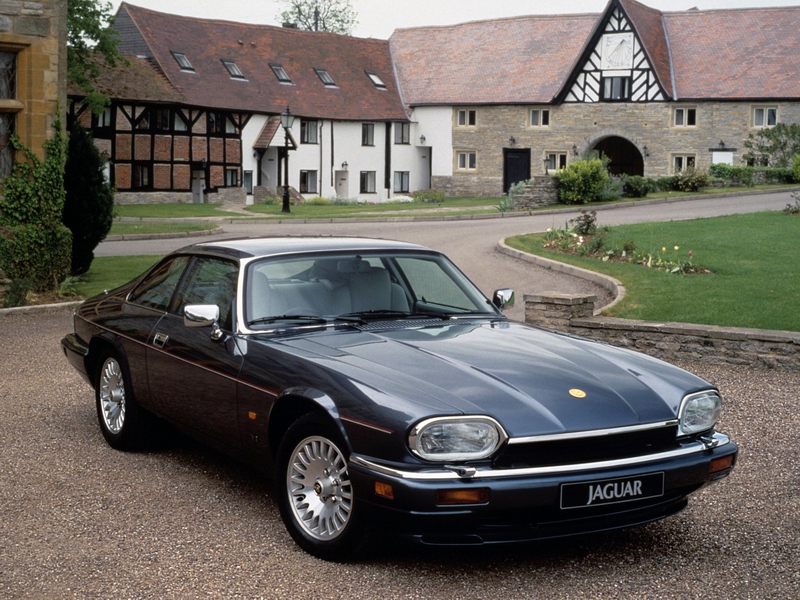 I’ve just driven another Jaguar XJS. And yet again, despite it being a very nice example, I’m left with a sense of faint unease about the whole thing. For once, it’s not even about the condition – out of maybe 25 XJSes I’ve driven this is the fourth that I have considered to be a genuinely nice example. The rest have of course been nails, the sad fate of the majority of upmarket cars which have reached the bottom of their depreciation curve, and one to which the Browns Lane GT is all-too-often subjected. This one – a Guy Salmon Jubilee no less – is a very rare exception to a very sad rule.

The XJS is not a car which sits comfortably with me, despite the fact that I find the bodywork drop-dead gorgeous and I rather like the XJ upon which it’s based. At 6’1” and just over 14 stone I don’t fit in them properly, parts are more expensive than the mechanically similar XJ, the XJS is pricier than an equivalent saloon, and that beautiful body makes scant concession toward practicality.

I only have to remember one night in November 2016 to remember why the XJS is not for me. The sad thing is that that car – a pre-facelift XJ-S 3.6 manual – was the very best I’ve driven. It had me thinking that maybe I’d been wrong to dismiss the coupe in favour of its four door cousins, and the gruff six pot and manual box transformed it from an XJ-lite into a proper British GT car of the old school. I’d borrowed it for a magazine feature, and also used it for a date on the first night of custodianship. The girl in question – who we shall call Anne* – seemed interested in our messages, but I’d been having trouble pinning a date down until I mentioned the Jag. Suddenly, she happened to be free at 8.30 that night for a drink. I found a nice pub, and agreed to meet her in the middle of Cambridge.

Problem number one: I couldn’t get into it with any dignity. Having taken a Vauxhall Combo to the back a month before, I was not in the best of physical health – and the exertion involved in XJ-S entry was too much for my back to withstand. I thought I looked like Brett Sinclair. But in truth I probably looked as cool as Barry Chuckle.

Problem number two: Navigating the Cambridge one way system in someone else’s XJ-S in the dark is not an experience I wish to repeat. That long beautiful bonnet is not the easiest to judge, the car’s wide, and owing to the weather and a BL heater the screen was misting up as quickly as I could wipe it. I was constantly terrified I was going to scuff the bumpers or ding the flanks. Never again will I subject myself to that – I was happier in my Stag in the snow.

Problem number 3: When you can barely move, reverse-parking an XJ-S in a multi storey car park is the single worst act of mental torture you can imagine. You can’t see out of them even if you contort, so relying wholly on the mirrors is not the ideal solution. Especially when you realise that you’re going to have to compound the comic act of parking by opening the door and crawling out like a toddler, courtesy of a back which won’t bend properly.

Anne*, unsurprisingly, was not too impressed. Even less so as we cruised back down the A14 from the country pub in a near-completely misted-up Jag, giving the wrong impression to several of Cambridgeshire’s finest. My feelings for the XJS, meanwhile, had evaporated as quickly as her interest in me.

An appealing proposition. But ultimately, not for me.

*names have been changed to ensure privacy – she was really called Kelly.

This article was originally published by Classic Car Buyer on 12 Sep 2018.