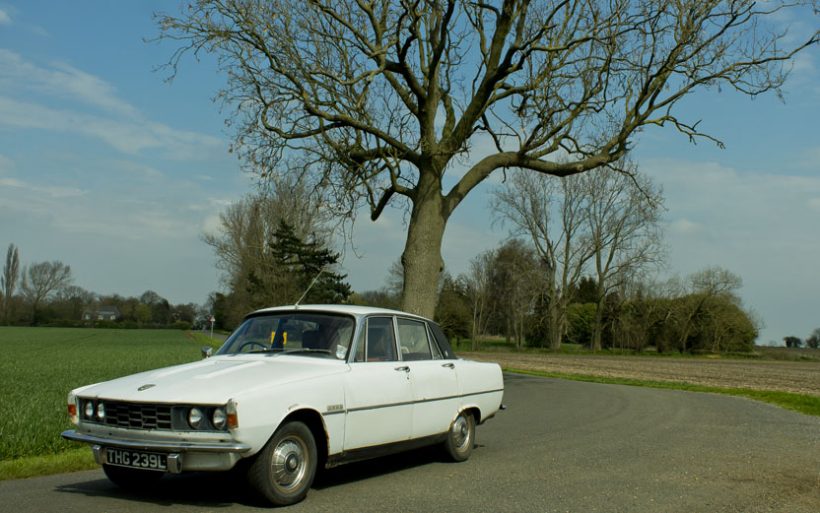 I’ve just been to register my Rover 2000 as a vehicle of historic interest. The DVLA have the paperwork, it’s taxed, and legally I may now drive it without needing to submit it for a prior MoT.

Marvellous. I have a fleet of twelve old cars, and as time goes by more and more will qualify not only for tax exemption but for MoT exemption. The circa £300 per car saving on tax and an MoT – assuming that no repairs are needed – will prove useful. And after all, they won’t need repairs come MoT time. We all look after our old cars, right? They all sail through first time. Right?

Except that my MoT tester often manages to pick up things I’ve missed – from lightly damaged gaiters through to dangerous balljoints (In my defence, you really can’t feel it in a Citroen XM). Some are failed, some are rectified at the test centre before a pass is issues. He’s a useful second pair of eyes – and while he knows my cars, he only really sees them once per year. And much like you never notice weight gain until you’re two stone heavier and your best jacket bursts a button, you never notice minor car issues as they deteriorate with time – not if you live with it every day. That means you’ll miss things – and your tester won’t.

That isn’t the scary side to this though. The tabloids have been full of scaremongers, noting that up to 117000 cars presently on SORN could be put back on the road without test. This is, theoretically, true – and with many, it won’t pose a problem. But the papers are inferring that cars kept SORN are off the road “for a reason” – and there are many, like my P6, that do need a lot of work to become fit for the Queen’s Highway. To take that car as an example, it needs a lot of welding, a good tune, and attention to the clutch and braking hydraulics. That’s before we consider any potentially perished hoses or blown bulbs which have been prompted by months parked round the back of my house in purgatory.

There are people who would take one look at it, decide it was shabby chic, and that there was nothing better than to take it for a little bimble up the road and back.

A little bimble that would end badly if the brakes failed and a pedestrian was killed.

I know that the letter of the law states that cars should be roadworthy at all times, and that the MoT is no proof of that. But the letter of the law also states that speeding is illegal, and almost 2 million fixed penalty notices issued in 2016 show that Britain’s motorists don’t really care. People are still going to wing it – to assume that they will be fine, because they won’t be the ones who get caught. Unless there’s a VOSA agent on every street corner, they’d probably be right too – I’ve driven some pretty disgusting looking vehicles and never attracted a single glance, so an MGA with freshly polished chromework is hardly going to arouse suspicion regardless of the size of its potential fuel leak.

Like it or not, the changes to MoT ruling are going to put dangerous cars on the road however much we want to believe otherwise. When the powers that be realise that this is an endemic issue that won’t go away, they’ll be faced with just two options. Reinstate the annual test, or put restrictions on classic car use. They won’t want to admit they got it wrong – especially with environment lobbyists breathing down their necks about the harmful impact that old cars have on the atmosphere, and the red-tops clamouring for a blanket ban on “dangerous” classics. That means restrictions in use are a near certainty.  It’s just how long we have left before they’re enforced.

The forty pieces of silver we’ve managed to keep in our pockets might feel like freedom now, relief from the harbingers of doom and the purveyors of the overzealous fail sheet. But will it feel like freedom if we’re stopped from driving our classics where and when we like? The man with the ramp and the rollers is our best defence against that dystopia.