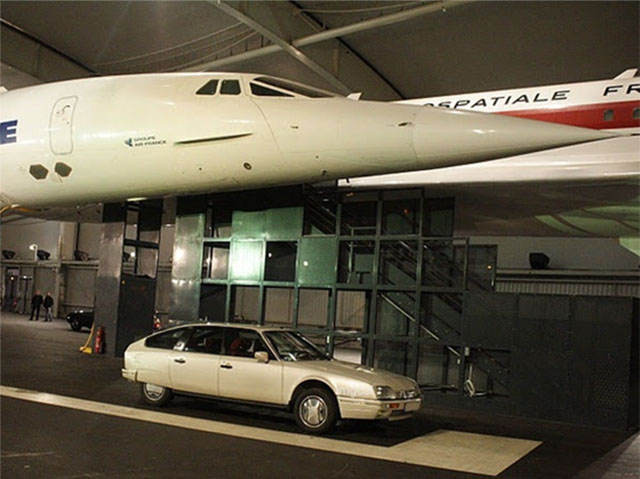 For over thirty years, we’ve been listening to bespectacled Greenpeace activists predicting the end of internal combustion. Not only is there the environmental impact, but the very real fact that there is only a finite amount of oil out there for us to use. Unless we find an alternative means of propulsion, our fuel will run out. And that won’t take forever – BP predicts that within just 53 years our oil supplies will have run dry, meaning that we’re in the final act of the reign of internal combustion if nothing is done. Worse: With developing nations developing a taste for oil, that 53 year prediction could conceivably be optimistic.

As classic car fans, we don’t want to find our hobby cut off within our lifetimes. We’d like to pass it on to our children, and foster new generations of passionate petrolheads. But if we want to do that, we need to turn out heads to the issue of its replacement.

I want to say here and now that the hybrid is a sham. It’s not the future – how can it be, if it derives its basic motive power from the same oil we want to move away from? It’s the desperate last gasping breath of the past; eking out internal combustion on the equivalent of an automotive respirator. And for the fully electric car to be the future, we need to solve the triple problem of range, recharge time and electricity generation.

As tempting as a BMW i3 might be, it has a realistic range of 75 miles. The 1902 Studebaker Electric could do that – and while it would be nice if we could match 1900s level of electric vehicles representing one third of the total American market, we need something to show for 118 years of development before that’s going to happen. Ranges need to improve, battery life needs to improve, and the technology needs to be cheaper. More crucially, we need to find a solution that doesn’t involve fossil fuel generators – for electricity to be our future we need sustainable electricity.

Steam? Hassle, and old hat. Who’d want the convenience of a car if it took several hours to prepare for use? The gas turbine? Brilliant, as it will run on anything combustible and has very few moving parts. But if the gas turbine idea was going to go anywhere, Rover and Chrysler would have continued their research in the 1960s.

Of course, the hydrogen fuel cell is the most compelling concept so far. You can fill it with fuel at a station, giving it the convenience of petrol. The hydrogen cell car feels like a normal car. All we need is to build the infrastructure. We can even adapt internal combustion engines to run on hydrogen with a little effort, so it could be used to keep our classics going in theory. But the snag is, we use fossil fuels to create the hydrogen fuel at present. So much like the electric car, we need to consider the whole chain rather than the end user.

I think, however, that I might just have cracked it. The saviour of the petrol age –short term, at least – is the fibre optic.

I’m deadly serious, the fibre optic can offset our reliance on fossil fuels. And to see why this makes sense, we only need to look at Concorde. Concorde was decommissioned following a number of incidents, most notably the July 2000 crash – but both Air France and British Airways acknowledged that customer numbers were slumping even before then.

The reason was simple; in an age where online video-conferencing was possible, nobody needed to be halfway across the world at the speed of sound any more. It simply wasn’t as fast as an internet connection – and it was a sight cheaper. The net result, if you’ll excuse the pun, was that Concorde became economically unviable, and so did any plans for future supersonic passenger travel. And what works on a world stage can work on a national stage too.

With something in the region of 20% of British journeys involving the commute, and arguably the same as business trips, we could theoretically use the internet to offset the amount of journeys we do. Working from home is becoming ever more viable courtesy of mobile phones and digital communications – let’s face it, how many of us drive to an office only to read and send email, make and receive calls? Technology has reduced our need to rely on transport – and if we embrace it on a worldwide basis, it might just be our salvation.

When we stopped using the horse as a tool, it became a leisure activity – and motoring could conceivably do the same thing. Which means clearer roads, less rush hour stress, and longer term fuel supplies while we work on a replacement for petrol for existing engines. Surely it’s a win win?

This article was originally published by Classic Car Buyer on 14 Nov 2018.