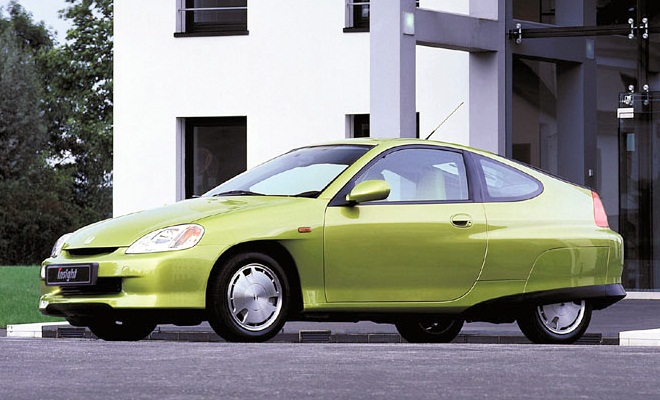 I was talking to an antique dealer friend of mine the other night about what I think is the canniest thing I’ve bought for my house. And it’s given rise to a conclusion about old cars.

It’s a Sony CDP-101 CD player. Electronics buffs will recognise that as the world’s first commercially available CD player, launched in 1982 ahead of Philips’ introduction of a similar model. Mine is in full working order, with the original instruction manual and remote. I gave about £90 for it three years ago, and have so far watched my investment rise to an average of £150 or so.

But it got me thinking. I actually don’t like the medium of CD all that much. Spotify has made digital downloads a far easier way to listen to digitised music – and whatever audiophiles might say about bitrates, the fact is that LPS and tapes produce a richer sound. They’re effectively analogue media, playing through analogue speakers to be decided by the analogue ears on the side of my head. Vinyl’s made a big comeback – and John was stunned when I predicted that cassettes would do the same thing by the time I reached forty.

Cassette is the ultimate medium – it doesn’t wear as quickly as a record, and the sound is purer than digital media. Yes, there are some appalling tapes, but when speedwritten from a crap machine onto crap tape you can’t expect perfection. A top notch tape is, well, top notch. The CD has simply become another Betamax blind alley.

Amid all his wailing about progress, I asked John precisely why he drove Volvo 740s and R8 Rovers. Because I reckon the 1980 and 1990s are the cassette tapes of classic cardom. They’ve not yet undergone the massive resurgence in interest that vinyl (and older cars) have, they have their ardent devotees, and yet they retain enough of that basic old-car connectedness to feel analogue in an automotive world increasingly driven by the computer chip.

“But what about the background hiss?” he asked. Is that not the same as wind noise and a loud heater in an Austin Montego? The things that can be seen as flaws enhance the medium if anything, and it’s the same with older cars. We know that a Rover 800 has more wind noise than a Ford Ecoboost, we know that my Xantia diesel is thirsty compared to today’s petrols, but that’s all part of the appeal.

Which is why my advice to you is going to sound odd. Now is the time to start buying early Toyota Priuses and Honda Insights. Because while the hybrid will be proven in time to be the same false hope as the compact disc, rather than the herald of a new age, the fact remains that in five or ten years’ time these things are going to start becoming rather collectible. As they approach twenty years their prices are at their natural nadir, and it can’t be long before motor museums and classic car collectors will want the very best examples for their collections.

Like the CD they’re an irrelevance in the fully-electric and hydrogen powered world we live in today. And they really don’t feel as special as the sort of cars you read about in these pages every month. But with Priuses at £1500 and Insights at around the £3k mark, these are Japanese technological investments that – one day – will make a better relative return than my bargain CD player. And that’s worth making a song and dance about.

This article was originally published by Classic Car Mart in its February 2019 issue.